Agriculture, one of the most important sectors of the Indian economy, has seen phenomenal growth in the production of perishable commodities, including horticulture produce. Among the horticulture crops, Uttar Pradesh was India’s largest potato producing state, followed by West Bengal, where 13.16 million metric tonnes (MMT) of potatoes were produced in 2019-20. However, investment for cold chain development in India, particularly West Bengal, undermines the importance of a climate-friendly uninterrupted cold chain as an essential requirement for the potato value chain. This blog briefly presents the highlights of our study on potato value-chain in West Bengal, focusing on assessing the cold storage industry in West Bengal, especially the different aspects of the potato value chain, highlighting the effect of inadequate cold storage infrastructure on the produce quality, food and associated monetary loss. The study also suggests the way forward by modernising and retrofitting the existing cold-chain infrastructure to avoid food loss and improve the energy performance of the cold storages.

The potato supply chain involves several intermediaries ranging from village traders, cold storage owners, commission agents to wholesalers and retailers. The harvested crop is generally sold to village traders, as ‘mandis’ and wholesalers are not accessible to most potato farmers in West Bengal. As a result, a farmer earns an average of INR 5 per kilo of the table variety of potato in West Bengal. In contrast, the average farmgate potato price in Gujarat comes about approximately INR 9.65 per kilo.

As part of this study, Alliance for an Energy Efficient Economy (AEEE), with support from the Energy Efficiency Services Limited (EESL), conducted detailed energy audits of three different types of cold storage facilities located in the Hooghly district of West Bengal to understand the potato handling, storage practices, and energy utilisation. The study revealed that more than 25% post-harvest losses occur (shown in figure below) in the supply chain of potatoes in West Bengal during production in cold storages, wholesale markets, and retail outlets due to improper handling, and storage procedures.

It was also observed that with traditional bunker coil systems and single chamber designs, the desired air circulation, temperature, and humidity conditions are challenging to maintain. Infiltration losses are common due to leaky building envelopes. The average unit rate of electricity purchased from the grid varies from INR 7 to 8 per kWh among the audited facilities. More than 90% of the energy expenditure was attributed to the electricity grid, with the remaining 10% supplemented with diesel generators.

The team estimated that around 0.38 MMT of potato losses and approximately 25% of energy requirement could be reduced by modernisation of cold storages in West Bengal, leading to a monetary benefit of INR ~662 crores (EUR 78 million) per year. The modernisation should also focus on improving the thermal performance of the building envelope and optimising the overall refrigeration system performance to improve the energy performance of cold storages. The overall investment required for modernising the cold storages is around INR 1750 crores (EUR 205 million). Factoring the Mission for Integrated Development of Horticulture (MIDH) subsidy support of 40% on the overall investment, the effective payback period comes to be 1.6 years.

In conclusion, the report analysed the state-level energy-saving potential, investment potential, and the monetary benefits from potato loss reduction through the modernisation of cold storages in West Bengal.

West Bengal, a prominent horticulture producing state in the country, should set the pace for other states to follow. West Bengal Department of Food Processing Industries and Horticulture should lead the development of a cold chain action plan, outlining the approach and benefits of a modern, environment-friendly cold storage value chain in the state. The policy document should introduce state-level subsidy support to supplement the central MIDH as Viability Gap Finance to make the retrofitting-cum-modernisation scheme financially viable. Moreover, the below figure also suggests some of the possible options for recovery of investment for modernising-cum-retrofitting that can support modernisation of the existing cold storages; organisations such as EESL can facilitate modernising-cum-retrofitting of cold storages in West Bengal.

Possible Options for Recovery of Investment for Modernising-cum-Retrofitting

This blog is written by Tarun Garg and Khushboo Gupta. While Khushboo is presently working as a Senior Research Associate in the Buildings and Communities vertical, Tarun leads the vertical at AEEE. An Approach To Impactful Stakeholder Consultations 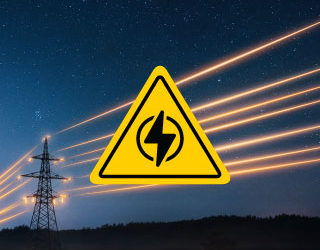