The Electricity (Amendment) Bill 2022, introduced in Lok Sabha on Aug 8, 2022, stoked up a flurry of opposition, both inside and outside the Parliament. Amidst rising controversy, the bill was referred to a Parliamentary Standing Committee for further deliberation. The bill proposes significant changes in the operation of the power distribution business in view of the clean energy transition and our nationally determined contributions to the share of renewable energy.

Multiple distribution licensees in the same area: Among all the proposed amendments, the provision to allow the appropriate Electricity Regulatory Commissions to issue multiple Distribution Licensees in an area of electricity supply has triggered protests from all quarters. All distribution companies having licenses within the same area of supply will have undisputed access to the existing distribution network through non-discriminatory open access. Earlier electricity reforms too allowed multiple licensees to operate in the same area. However, there was no obligation on the incumbent supplier to allow the newcomers to use its network. The characteristic right-of-way issues and implementation challenges in laying new networks made it impossible for new distribution licensees to anchor business. This difficulty is now proposed to be removed by allowing new licensees access to the existing network on payment of a wheeling charge. This provision attempts to unlock market competition in the supply side of the distribution business. Earlier, limited competitive condition was opened on the demand side by allowing open access to select high-value consumers. With this amendment, all the consumers will have the option to choose their electricity supplier rather than depending on the incumbent state owned DISCOM.

Empowering consumers to choose their electricity supply means that the public DISCOMs will have to contest with the emerging private players and provide quality and affordable power to retain their consumer base. With competition, the DISCOMs will have to mull leveraging distributed energy resources (DERs), including solar rooftops, EV charging, battery storage and demand response programs for effective peak demand management and overall cost reduction to consumers.

Business perspectives will induce the new licensees to handpick the lucrative, high paying distribution consumers or circles for electricity supply. The low paying, non-commercial or non-industrial consumers stand a chance to remain stuck in the same labyrinth of inefficient, monopolised distribution supply. The absence of a Universal Service Obligation (USO) provision on the new licensees in the bill only exacerbates this doubt. Further, with the deflection of the profitable consumers, the financial conditions of the state-owned DISCOMs will aggravate. To expect the state-owned DISCOMs to maintain the distribution assets efficiently once the primary sources of revenue are enticed to switch by the private DISCOMs in the same areas is a utopian stretch of the imagination. Although the federal changes may bring in cheaper power, improved billing and collection, and enhanced customer engagement, the legacy distribution issues due to inept infrastructure may remain.

Cross subsidy balancing fund: The bill seeks to address the deficit DISCOMs by empowering the State Government to set up a cross subsidy balancing fund. Any surplus with a distribution licensee on account of cross-subsidy, cross subsidy surcharge or additional charge will be deposited into this fund. The fund will be utilised to compensate deficit in cross subsidy to other DISCOMs in the same area or other needier areas of supply. This institutional mechanism is akin to creating a new class of cross subsidy, which does not release the switchover consumers from the incumbency of their subsiding roles. The provision defies the very regulatory objective of cost reflective tariff and may reduce the business attractiveness for a new licensee.

Carriage and content separation: The poor financial health of the existing public DISCOMs is attributed mainly to high aggregate technical and commercial (AT&C) losses, severe under-recoveries, exorbitant power procurement costs and inefficient tariff structure. In the current eco-system, the two functional parts of the electricity distribution business – ‘carriage’ that represents the distribution networks and ‘content’ that represents the supply-metering and billing of electricity, are undertaken by the same licensing entity. The DISCOMs assume the dual role of both Distribution Network Operators (DNOs) for providing network and Distribution System Operators (DSOs) for providing power supply to end consumers, where they have a Universal Supply Obligation. The provisions in the amendment bill can be reformed where the existing DISCOMs will still be the DSOs in their respective areas but retail will be competitively structured where the supply and revenue recovery will be done by separate competing entities. The DNO or previously the DISCOM, will not be responsible for power procurement, which is the sole key contributor (~80%) to the DISCOM’s revenue requirement and a major cause of under recovery. The DNO will focus on optimal infrastructure expansion without power procurement risks and with a better return on investments through the levy of transmission charges for infrastructure made available. The DSOs will focus on a better supply portfolio enabled through optimal sources, reliable services, competitive prices and rational tariff design. Successful implementation of carriage and content separation will require a meticulous framework of structural changes. In doing so, demonstrated examples of countries where it is successfully implemented, like the UK, USA, and New Zealand, must be carefully studied.

Renewable energy purchase: The bill seeks to impose strict adherence of the DISCOMs to Renewable Purchase Obligation (RPOs) specified by the State Regulatory Commission at a percentage, not less than what is prescribed by the Central Government. However, it is unclear if penalties for RPO non-compliance are imposed on the DISCOMs, will these be passed to end use consumers as part of the tariff or will the consumers be safeguarded against licensee default?

The bill seeks to empower the Forum of Regulators (FOR) to monitor and submit a report on an annual basis to the Central government on the status of RPO compliance by the DISCOMs. The proposed increase in the monitoring rights of the FOR is seen as overriding the powers of the States and functions of the State Regulators. RPO compliance was earlier set and monitored by the State Regulatory Commissions. Ironically, the Hon’ble Chairpersons of all the State Regulatory Commissions are members of the FOR. The same provision on the expanded role and strength of FOR is inked in black and white in the recently notified Forum of Regulators (Amendment) rules 2022. These provisions should be a clarion call for the states to step up their enforcement, monitoring and verification, in the spirit of the concurrent nature of electricity in the Indian judiciary.

The Green Open Access regulations, 2022 allow any entity, obligated or not, to generate or to procure and consume renewable energy through open access or by requisition to distribution licensee, up to any percentage of total consumption. The energy, thus consumed, can be counted in the RPO portfolio of the concerned DISCOM. In the latest notification by the Ministry of Power, a trajectory for energy storage obligation from renewable sources, in addition to the RPO targets, has been specified. These rapid strides are expected to steer India towards its goal of 500 GW of renewable energy by 2030. With the penetration of the targeted 50% renewable energy by 2030, the grid will become highly intermittent, with consumers being at the center stage of the distribution business. However, the Electricity Amendment bill is silent on the need for new age interventions to balance the variability and volatility of supply and demand in a flexible grid. Along with the intrinsic flexibility through TOD/TOU tariffs, the DSOs must adopt structured models on demand response and DERs like behind the meter storage, smart charging, vehicle to grid integration, islanding, and renewables bundled storage to provide flexibility services.

Conclusion: Delicensing of the electricity generation business through earlier reforms has helped India to achieve resilience in generation capacity and infrastructure. It is now high time to plug the loopholes in the distribution business, which has been forever an orifice of public money. A decisive and far-reaching facelift is the need of the hour to herald the benefits of investments and innovations to the common consumers of electricity.

This blog is written by Priyami Dutta 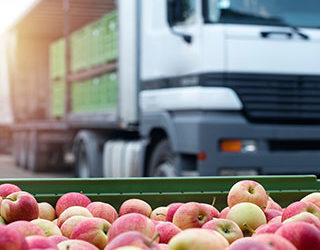